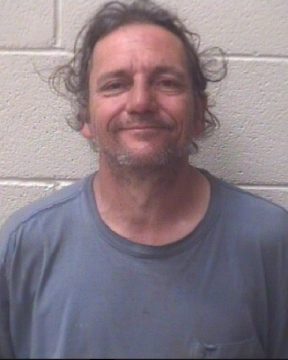 As the result of a traffic stop by the Alexander County Sheriff’s Office on Sunday, March 6th, a Hiddenite man has been charged.

47-year old George Henry Overton was arrested at a location on Cheatham Ford Road and charged with possession of stolen motor vehicle. He was placed in the Alexander County Detention Center with a secured bond of $10,000. Overton was scheduled to make a court appearance on Monday in Taylorsville.