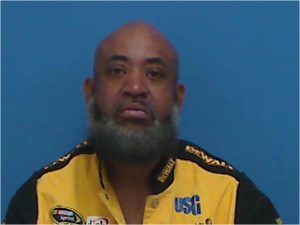 A Hickory man was arrested early Sunday morning on a long list of offenses.

44-year old Adrian Demonz Woods was taken into custody by Hickory Police and charged with failure to heed blue light or siren, injury to real property, unauthorized use of a motor vehicle, driving while license revoked, multiple counts of assault on a government official, resisting arrest, possession of drug paraphernalia and multiple counts of failure to appear. Woods is being held in the Catawba County Detention Center with a bond of $18,750. He will make a court appearance on Monday in Newton.