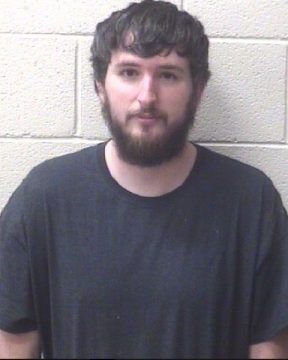 On Sunday, May 2, at approximately 9:30 PM, a call was received by Alexander County Communications in reference to a male subject who was armed with a rifle. Officers responded to a residence located in the Hiddenite Community , where they learned the male subject had left on foot.

Officers began a search of the immediate area. The subject was located walking along Old Mountain Road in the Hiddenite Community. The subject was identified as Andrew Lee Cuda, age 29 of Hickory. Cuda was taken into custody and charged with one count of Misdemeanor Going Armed to the Terror of the Public.