HICKORY, NC – Catawba Valley Health System (CVHS) has announced the hiring of Dennis Johnson of Elizabethtown, KY, as its next President and Chief Executive Officer effective November 14, 2022. He succeeds Eddie Beard who previously announced his end-of-year retirement plans after having served CVHS for over 33 years in numerous positions including Chief Nursing Officer, Chief Operating Officer, and most recently Chief Executive Officer.

CVHS Board Chair Chris Baltz said Johnson, who has been serving as President of Baptist Health Hardin, part of the Kentucky-based Baptist Health system, was the top candidate of the board’s search committee after a nationwide search of over six months. “The entire CVHS Board of Trustees believes Dennis Johnson is a great fit for CVHS and our community,” Baltz stated.
He added, “The interest we had from outstanding executives from across the U.S. was overwhelming. So many candidates were drawn to our organization’s strong record of financial viability, nationally recognized quality scores, and outstanding patient, employee and physician satisfaction. The quality of life in this region also was a tremendous selling point.”

Baptist Health Hardin is a 300-bed hospital, the third largest employer in Hardin County, and serves more than 400,000 residents of 10 central Kentucky counties. Johnson joined Baptist Health in 1990 as an administrative resident and has been promoted to several executive roles, including vice president of Baptist Health Lexington, administrator for Baptist Health La Grange, and his current position at Hardin.
Baltz added that Johnson has a well-known reputation as an influential decision-maker with strong communication and presentation skills, along with being a very effective negotiator. He comes from an organization of over 2,400 employees and 500 medical staff members. 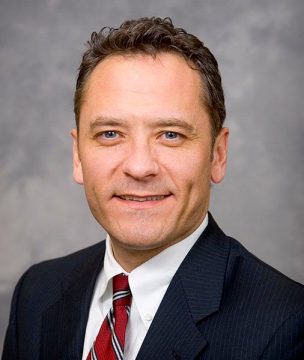 “It’s difficult to name all of the tremendous achievements we’ve enjoyed under Eddie Beard’s leadership,” Baltz said. “However, the cornerstone of his 33 years has been our steadfast focus on providing the best possible quality of healthcare for our community. Eddie has led us to grow and continue adding services for this community without sacrificing quality or safety. He will be sorely missed, but he has laid a great foundation for Dennis and the entire CVHS team.”