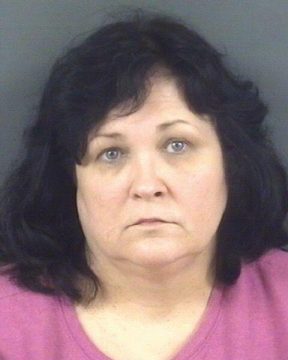 A woman from Burke County who was charged in 2020 with the 1999 death of her newborn son will serve at least 12 years in prison.

55-year old Deborah Riddle O’Conner entered a guilty plea to second-degree murder on Tuesday in Cumberland County. Her infant was found in a bag south of Fayetteville on March 3rd, 1999. “Baby Michael” (name used by investigators) still had the umbilical cord attached. He died of blunt force trauma. There has never been an official declaration of the nature of the blunt force trauma.

O’Conner was charged with the death in 2020 after forensic evidence identified her as the suspect. She will serve a minimum of 12 years with a maximum sentence of 15 years, 2 months in prison. She is granted time with the nearly one year spent in jail.