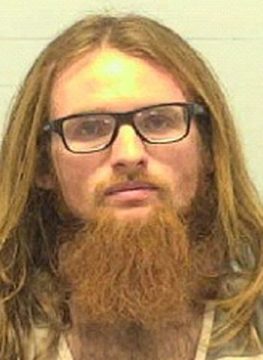 Authorities arrested a man in Burke County on Wednesday afternoon and charged him with breaking into a church.

According to the Burke County Sheriff’s Office , Deputies were on routine patrol at approximately 1:54 a.m. on Tuesday,May 10 when they witnessed a suspicious vehicle in the parking lot of Missionary Ridge Baptist Church. While checking the vehicle, officers saw the man jump out of a church window and flee the scene.

While running, he dropped church belongings on the ground.

Investigators determined that the man was Christian Thomas Hill, 24.

Hill was also a suspect for other break-ins in the area, and had active warrants for his arrest.

The Morganton Department of Public Safety and NC Probation and Parole assisted the Burke County Sheriff’s Office with the case.