A woman is in custody after leading law enforcement on a high speed chase Wednesday afternoon in Alexander County.

A North Carolina Highway Patrol Trooper spotted a vehicle that had been reported as stolen from Catawba County just off Highway 64-90 east of Taylorsville. The trooper pursued the car onto Millersville Road then north on Highway 16.

Alexander County Sheriff’s Deputies and Taylorsville Police joined in the pursuit as the chase reached speeds estimated at 90 miles per hour as it neared the Taylorsville city limits.

Taylorsville Police deployed stop-sticks near the Family Care Center on Highway 16. With deflated tires, the driver of the vehicle came to a stop but refused to exit the car.

A Taylorsville Police officer was struck by the car and suffered a foot injury. He was treated and released from a medical facility. 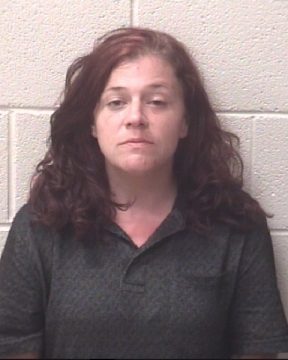 King is being held in the Alexander County Jail under a secured bond of $110,000.