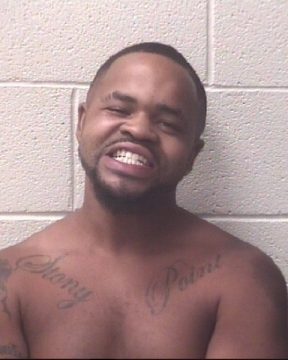 A Stony Point man has been charged with attempted murder.

32-year old Ricky Jarmil Wellman was arrested Sunday by the Alexander County Sheriff’s Office and charged with attempted murder, discharging a firearm into occupied property, possession of a weapon by a convicted felon, flee to elude arrest with a motor vehicle, failure to heed blue light or siren.

Wellman is being held in the Alexander County Detention Center with a secured bond of $765,000. No court date is listed.

More information on this story expected later today. Check back for the latest !

Alexander County Sheriff Chris Bowman said Monday morning that deputies responded to a location off Johnny Martin Lane in Stony Point on Sunday around 6:30 pm. A male subject had sustained a gunshot wound to a leg. The victim was airlifted to a regional medical facility as the result of the shooting. There is no indication the victim was armed.

Witnesses at the scene identified the suspect-shooter as 32-year old Ricky Jarmil Wellman of Stony Point. He had fled the scene when deputies arrived. Wellman was said to operating a black pickup truck. A North Carolina Highway Patrol Trooper spotted the suspect vehicle leading to a short chase. The suspect vehicle stopped and the suspect was taken into the custody of the Alexander County Sheriff’s Office.