On August 21st, around 1:20 am, a shooting was reported on West King Street in Boone.

Boone Police say a quarrel began between occupants of a truck and at least one pedestrian on the sidewalk. As the truck was driving westbound on W. King Street in the 600 block, the suspect fired multiple shots from a handgun striking the occupied truck three times. Two unoccupied businesses were struck as well. None of the three occupants in the truck were injured. The suspect fled on foot.

A Crimestoppers Alert has been issued. 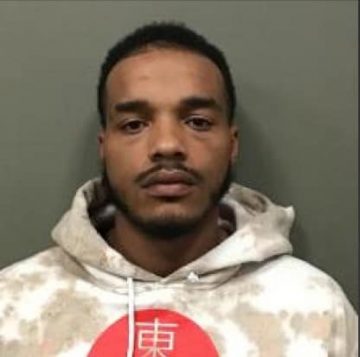 Investigators with the Boone Police Department have consulted with the Watauga County District Attorney’s Office. Based on this meeting, arrest warrants have been obtained for Malik Keyshawn Gibbs, age 26 of Damascus Church Road, Wilkesboro. The warrants are for the charges of: Assault with a Deadly Weapon with Intent to Kill (3 counts), Discharging a Weapon into a Moving Vehicle, Injury to Real Property (2 counts), and Going Armed to the Terror of the People. Mr. Gibbs is considered armed and dangerous.

Three occupants of the vehicle have been charged with Underage Consumption of Alcohol.