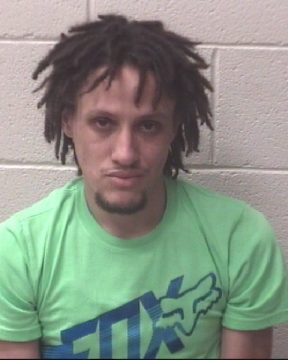 30-year old Christopher Lashone Fox of Taylorsville was arrested Monday by the Alexander County Sheriff’s Office and charged with assault and communicating threats. He is being held without bond in the Alexander County Detention Center. He is scheduled to appear in district court on November 16th.