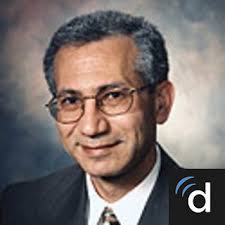 A Morganton doctor has pleaded guilty to assault on a female in McDowell County.

65-year old Dr. Diaa Eldin Hussein was sentenced to 60 days in jail, which was suspended for one year of supervised probation. Hussein originally was charged with three counts of misdemeanor sexual battery in January.

Hussein, who has offices in Morganton, Marion and Lenoir, originally told a reporter he planned to fight the charges in court.

His attorney, Melissa Owen, issued the following statement on his behalf:
“I have accepted responsibility for physically touching the Complainant in a way that offender her. I am sorry for any difficulty that I caused her. I am grateful for the support of my family and my longtime employees who I care about like my family. I thank you in advance for respecting the privacy of my friends and family at this time.”

Hussein’s victim, who was an employee at his Marion Greenway Family Practice location, read a statement in court Friday, saying that she was glad she spoke up. “I decided to speak up,” she said. “I stood my ground and told him he was making me uncomfortable. I was proud of myself. So many women don’t do this and suffer because they kept quiet.”

Hussein previously has been reprimanded by the North Carolina and Virginia medical boards after a patient in N.C. filed a complaint against him.

The patient from the 2015 complaint alleged that, during an appointment for weight loss treatment, Hussein touched her inappropriately, made inappropriate comments about her appearance and gave her his personal cellphone number.