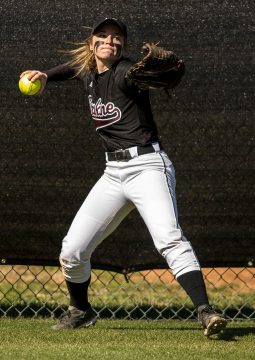 “It is very exciting for us to bring in a high caliber athlete like Mia to our staff,” said Bumgarner said. “She is a very knowledgeable and hardworking individual and our players will benefit greatly from her coaching.”

Blochaviak played at Erskine College in Due West, S.C. from 2015-18. While at Erskine, the middle infielder and outfielder posted a career batting average of .306 and a .932 fielding percentage.

In 2016, Blochaviak was named team Defensive Player of the Year as well as being named All-Conference for the Carolinas Conference.

Prior to attending to Erskine, Blochaviak played varsity softball at Alexander Central High School for four years. She was a part of three state title winning teams, including the undefeated national championship team in 2014.

Blochaviak currently resides in Taylorsville and is working on her master’s degree in Forensic Psychology at NOVA Southeastern University.