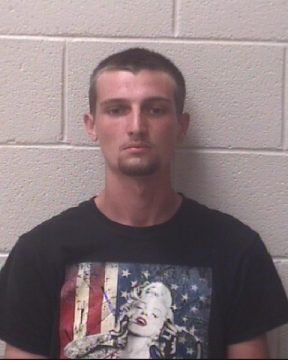 Gary Wayne Minton III, age 22 of Granite Falls, was arrested Thursday by the Alexander County Sheriff’s Office and served with a series of warrants for failure to appear. The charges are from Burke County and include second-degree trespass, driving while license revoked, reckless driving with wanton disregard, resisting arrest, and assault on a law enforcement officer. Minton was placed in the Alexander County Detention Center with a secured bond of $9.000.