An Alexander County woman has entered into a plea agreement and sentenced to prison after being charged with the murder of her infant son. 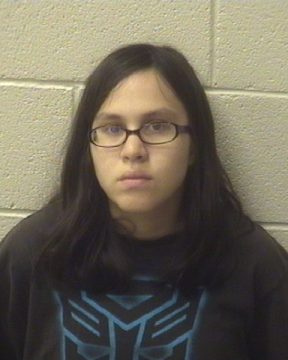 26-year old Aishia Marie Pacheco was charged with second degree murder in 2016 after 4-day-old Tyler Pacheco was found unresponsive at a residence in the Wittenburg Community. Pacheco admitted to suffocating the child “because he would not stop crying” according to Alexander County Sheriff Chris Bowman. Bowman said in 2016 that Pacheco “held the baby to her chest and actually smothered the child.” “It’s tough. It’s tough on the first responders, tough on investigators,” Bowman said, who was visibly shaken when speaking with reporters asPacheco made a first court appearance.

Pacheco was 22 at the time of the child’s death and was suicidal before and after the incident according to her attorney, Joel C. Harbinson of Taylorsville. Harbinson said Wednesday that she has been examined by a forensic psychologist numerous times and has shown remorse for the killing. Harbinson says of the case that “She was a young, unprepared, single mother and it led to a tragedy, she just couldn’t handle it.”