The Lady Cougars never trailed in a rout in Troutman. Up 18 to 12 at the half, AC put the game away outscoring South Iredell 22-3 in the 3rd quarter. Chesney Stikeleather led the way for Alexander Central with 21 points. The Lady Cougars are 8-0. 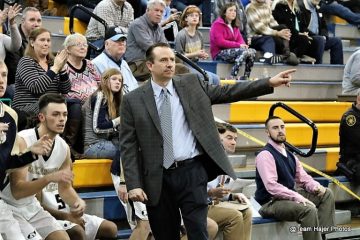 The Cougars handed Coach Ed Wills his 250th career win and got a measure of revenge for an opening night loss to the Vikings. The contest was close with the Cougars leading 31-26 after three quarters before they dominated in the final period outscoring South 13 -4. Evan Presnell led the Cougar scoring with 22 points including 4 three-point baskets. Alexander Central is 7-1 on the season, South falls to 2-6.