It’s Fill Your Staplers Day. Am I the only one that ever puts staples in the darned stapler ?

1874: The Republican party of the U.S. was first symbolized as an elephant in a cartoon by Thomas Nast in Harper’s Weekly

1893: The state of Colorado granted its women the right to vote

1944: Franklin D. Roosevelt became the first to win a fourth term as president 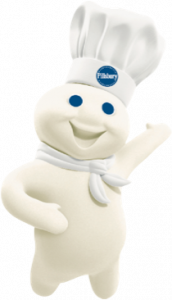 1994: WXYC , the University of North Carolina’s campus Radio Station, became the first station to stream on the internet

2020: Joe Biden declared the winner of the Presidential race, four days after the US election

Weather: Clouds and Fog to start but Sunny this afternoon and warm with high in upper 70’s

To those Tennessee fans, please take off that hideous Orange stuff you wear. Thanks for your cooperation !

Quote of the Day: “You’re born. You suffer. You die. Fortunately, there’s a loophole”…Billy Graham (Born this day in 1918)