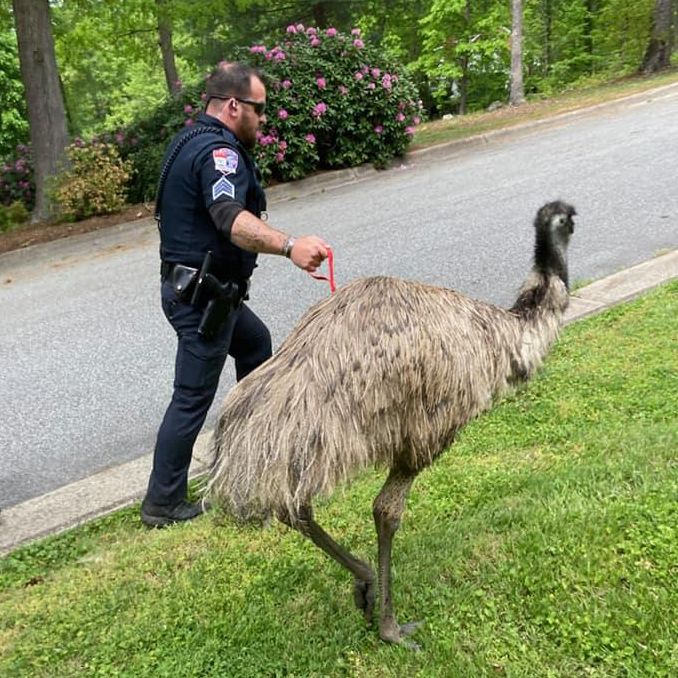 Keven Is Captured By Lenoir Police

Officers with the City of Lenoir Police Department took an Emu into custody over the weekend. A female emu named Kevin showed up on Eastwood Park Drive on Saturday and lay down beside a father and his three children.

The dad called Lenoir Police. Officers were able to place a leash on the bird. They fed her by hand and led her into a fenced-in backyard.

The Caldwell County Animal Care Enforcement Division came out to pick up and care for Kevin until they could locate her owners. It turns out Kevin lives in Moravian Falls, over 30 miles northeast of Lenoir.

The Emu is the second-largest living bird by height.