The federal prosecutions are the result of investigations conducted by the Western District’s Organized Crime Drug Enforcement Task Force, which focuses on disrupting and dismantling drug trafficking networks operating in Western North Carolina. 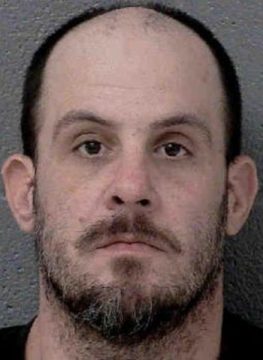 34-year-old Dakota Reese Davis of Maiden pleaded guilty on April 21, 2021, to conspiracy to distribute methamphetamine and possession with intent to distribute methamphetamine. He was sentenced on Tuesday to 144 months, or twelve years in prison and five years of supervised release. The other five defendants are residents of Gastonia, Cherryville, and Dallas, North Carolina and York, South Carolina.

In April, 2020, the Department of Justice alleged that Reese and other defendants were involved in a conspiracy that distributed meth in and around Lincoln, Gaston, and Cleveland counties from at least 2019 until February, 2020. The indictment alleges that the co-conspirators conducted multiple drug sales during that time. Court documents also show that law enforcement executed search warrants and seized items including five firearms (one of which was stolen), ammunition, narcotics, drug paraphernalia, and more than $8,900 in cash.

Since 2019, the Organized Crime Drug Enforcement Task Force investigations have led to the federal prosecution of more than 60 individuals for drug trafficking, and law enforcement have seized more than 87 kilograms of narcotics, including over 24 kilograms of fentanyl, 66 firearms, more than $385,000 in cash, and over $800,000 in other property.