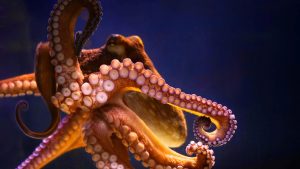 Happy World Octopus Day. They’re not very attractive, are they ?

1945: President Truman announced that only Britain and Canada would be given the secret to the atomic bomb. He was not aware that the Soviet Union was well on their way to developing their own

1956: Don Larsen of the New York Yankees pitched the first perfect game in the history of the World Series

2001: President George W. Bush announces the establishment of the Office of Homeland Security

Let’s go Cougars, we gotta have this one tonight !

Quote of the Day: “The only wealth which you will keep forever is the wealth you have given away”… Marcus Aurelius