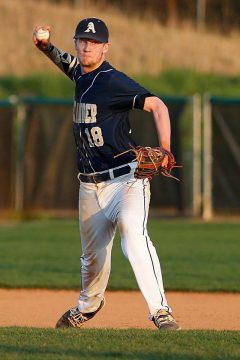 Alexander Central third baseman Byron Younts has been named the 2019 Northwestern Conference Baseball Player of the Year. Younts hit .369 for the season with 2 homeruns and 22 runs batted in. Younts is one of eight Cougars to make All Conference.

The Cougars saw their season end last Friday in Round IV of the State 3A Playoffs with an 8-1 loss to Marvin Ridge. The Cougars finished the season at 23-8.