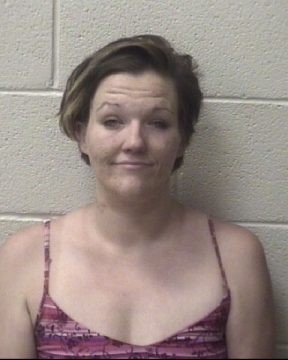 30-year-old Amy Nicole Adkins was taken into custody Wednesday by Taylorsville Police and charged with shoplifting/concealment of goods and a felony fugitive warrant from another state. Adkins was placed in the Alexander Detention Center under a secured bond of $31,000. She is scheduled to appear in court on Monday, April 29th.