A man was stabbed this morning during an apparent domestic dispute in Taylorsville.

Taylorsville Police and Alexander EMS responded around 8am to the Taylorsville Motel regarding a possible stabbing. Officers arrived and found a male subject suffering a stab wound to his buttocks. The victim identified as 24 year old Jose Martires Canales Jr was taken to an area hospital for treatment of a single stab wound. 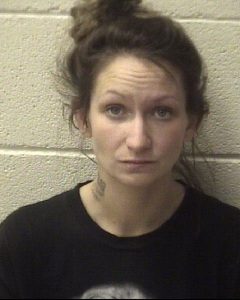 Police Officer Gordon Knight says that 27 year old Stephanie Ouellette of Newton was charged with assault with a deadly weapon inflicting serious injury. Ouellette and Canales had apparently spent the night at the Motel and had a verbal altercation leading to the alleged assault. Ouellette was placed in the Alexander County Detention Center without bond due to a pending Domestic Violence Protection Order involving the couple. 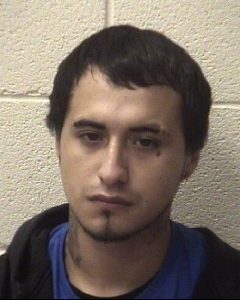 Canales was arrested by the Alexander County Sheriff’s Office on March 9th after officers obtained a search warrant for a residence on Black Oak Ridge Road. An estimated 11 pounds of marijuana was found at the residence according to a story reported on this website on March 13th. Taylorsville Police and the United States Postal Service had assisted in the investigation after the marijuana had been shipped from California. Another report on this website dating to March of 2017 indicates Canales was arrested for speeding by Taylorsville Police. Around a pound of pot was found in the vehicle Canles was driving at the time. A warrant today has been issued for Canales for violation of a Domestic Violence Protection Order.