A North Wilkesboro man will serve at least 32 years in prison after pleading guilty in the 2017 shooting death of a man in the Roaring River community. 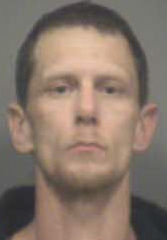 40-year-old James Patrick Urick pleaded guilty to second-degree murder, attempted robbery with a dangerous weapon and possession of a firearm by a habitual felon last Thursday in Wilkes County Superior Court. Daniel Keith Walters Sr., 52, of Greenhorn Road was shot during a break-in at his home on October 9, 2017. He died at Wake Forest Baptist Medical Center on Dec. 30, 2017.

Steven Wayne Wood, 48, of the Dobson Community is awaiting trial on the same charges.