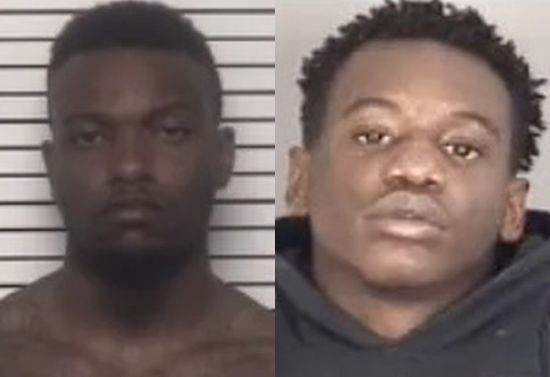 Two Statesville men received federal prison time in connection to a pair of armed robberies that occurred on the same day in 2020. On Tuesday (March 1), U.S. District Judge Kenneth D. Bell sentenced 23-year-old Anthony Dwayne Turner Jr. to 135 months, or 11 years, three months, in prison and three years of supervised release for robbing two convenience stores at gunpoint. Turner’s co-defendant, 21-year-old Xavier Lamar Poteat was sentenced to three years in prison and two years of supervised release for his role in the robbery. The announcement was made by announced Dena J. King, U.S. Attorney for the Western District of North Carolina.

According to court documents and Tuesday’s sentencing hearing, on October 9, 2020, at approximately 2:30 a.m., Turner and Poteat walked into a BP convenience store located in Iredell County. Upon entering, Turner walked up to the store clerk while Poteat waited by the door. Turner then pointed a firearm at the store clerk and demanded money. The store clerk emptied both registers, gave the money to Turner and the two men fled the scene.

Court documents show that, on the same day at approximately 3:40 a.m., Turner and Poteat entered a Circle K convenience store also located in Iredell County. Poteat again waited by the front door while Turner approached the store clerk, pointed a gun at him and demanded cash from the register. The clerk obeyed and the two men fled the scene.

Law enforcement responding to the robbery located Turner and Poteat’s vehicle and the two men were arrested shortly thereafter. During the arrest, police found two firearms inside the vehicle. According to court records, Turner has previous felony convictions and he is prohibited from possessing a firearm.

On October 21, 2021, Turner pleaded guilty to robbery of a business affecting interstate commerce, or “Hobbs Act” robbery, and use, carry and brandishing of a firearm in furtherance of a crime of violence. Poteat pleaded guilty to Hobbs Act robbery.