The Hickory Police Department has released the following information:

On Thursday, April 11, 2019 at approximately 8:19 P.M., Hickory Police Officers responded to the 900 block of 1st Street SW in reference to a shots fired call. Prior to officers arriving, by-standers transported a sixteen-year old male to Frye Regional Medical Center with apparent gunshot wounds. The sixteen-year old, Devin O’Dariess Lee, B/M of Hickory, died as a result of his injuries. A three-year-old child who was outside in the area at the time of the incident was struck by shrapnel and is being treated for non-life threatening injuries.

At approximately 8:54 P.M., Hickory Police Officers received information that Zamare Nadja Davidson, B/M/17yoa of Hickory, the suspect in the shooting had died as a result of a self-inflicted gunshot wound at a residence in Burke County. 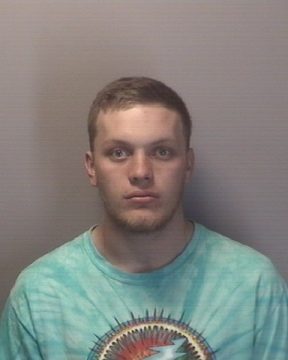 A second suspect, Jonathan Tyler Laxton, W/M/20 of Conover, was taken into custody at the residence in Burke County and charged with (1) Count of Accessory After the Fact. This incident appears to be a result of a dispute between the seventeen-year old male (Davidson) and the sixteen-year old male (Lee).