An Alexander County woman was taken into custody this morning on numerous charges. 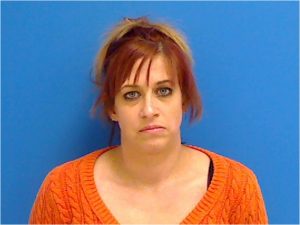 34 year old Heather Shea Jonas of Timothy Dan Lane, Taylorsville was arrested by Hickory Police and charged with probation violation. She also faces multiple counts of failure to appear in court on a variety of charges including simple possession of schedule II and III controlled substances. Jonas was placed in the Catawba County Detention Center under a combined bond of $12,000.