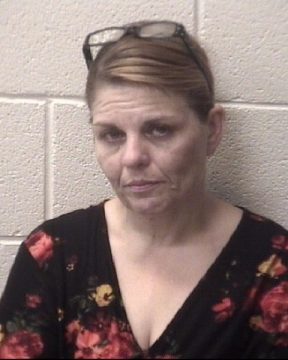 Taylorsville Police arrested a woman on Thursday and charged her with shoplifting from the local Walmart store. Michele Buff Brower , age 44 of Lawndale was charged with second degree trespass, larceny, and resisting an officer. She was spotted pushing items out of the store in a buggy and tried to flee from officers who were on the scene conducting a medication take-back event at the store.

Brower was placed in the Alexander County Detention Center under a secured bond of $2,500. She will make an initial court appearance on April 29th. A check of court records show that Brower is facing a series of similar type charges in Mecklenburg County.