A Taylorsville man has been charged after he allegedly set fire to several vehicles in Catawba County. 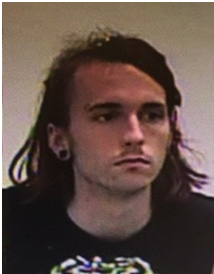 21-year-old Dylan Maxwell McCall was arrested Thursday by Claremont Police. Officers and the Claremont Fire Department had responded to CommScope in Claremont after a number of vehicles were reported on fire in the company parking lot. McCall is an employee at the company. He is charged with three counts of damage to personal property and has been released on an unsecured bond of $10,000.