A Taylorsville man is behind bars and is charged following a series of alleged crimes on Wednesday. 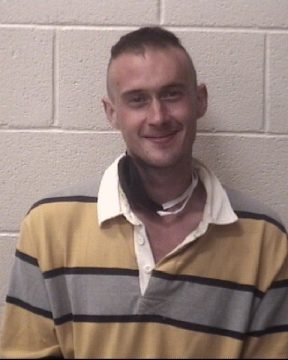 According to Taylorsville Police Chief, Doug Bowman, 28-year old Taylor Reed Farabee of Taylorsville stole a vehicle from the parking lot of an apartment complex. He also stole a handgun from an apartment and left the scene in the stolen vehicle. 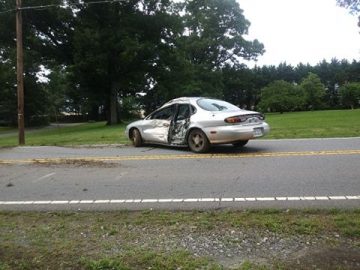 Farabee allegedly crashed the vehicle on Highway 90 east. He was spotted by a witness running from the crash scene carrying the stolen handgun. Officers from the Taylorsville Police Department, Alexander County Sheriff’s Office, and the North Carolina Highway Patrol joined in the search. Farabee was captured and taken into custody at a location near East Alexander Park.

Farabee is charged with felony larceny of a motor vehicle, felony larceny of a firearm, driving while impaired, reckless driving to endanger, and misdemeanor operating a vehicle with an open container.
Farabee is being held in the Alexander County Detention Center under a secured bond of $10,000. He is scheduled to make an initial court appearance on Monday, June 22nd.