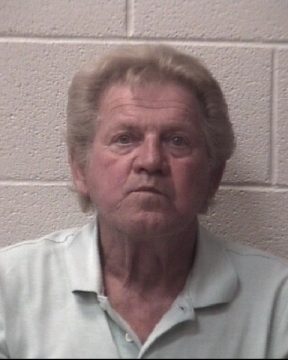 70-year old Roger Dale Barlow of Taylorsville was arrested Thursday by the Alexander County Sheriff’s Office and charged with assault on a female and breaking and entering second degree trespass. Barlowe was placed in the Alexander County Detention Center under a secured bond of $5,000.