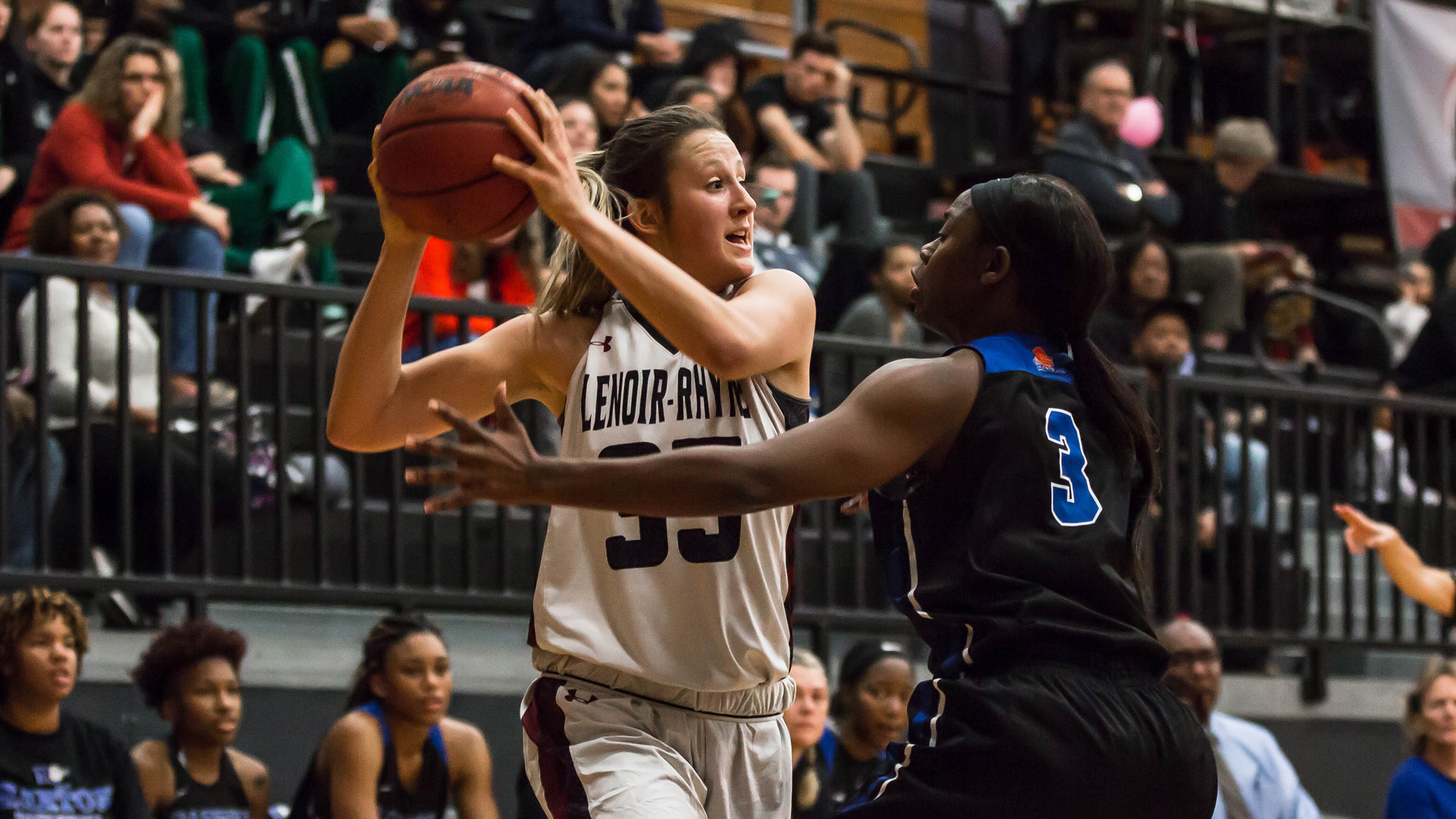 Suddreth, the 2018-19 Second Team All-SAC selection, finished eleventh in the conference in scoring at 13.7 points per game and fifteenth in rebounding, averaging 6.5 per game.  The Taylorsville, N.C. native earned the conference’s player of the week honors after the Bears’ upset over then No. 20 Carson-Newman, 78-75, putting in a season-high 30 points, grabbing seven rebounds, and adding two steals and two blocks. The senior has been consistent all season long scoring the ball, as she finished fourth in the SAC in field goal percentage (50.2). Suddreth will forever be in the Bears’ record book as she completed her career, ninth in school history in scoring with 1,341 points in her career with Lenoir-Rhyne.

Suddreth led the Bears to an overall record of 17-13, 11-9 in South Atlantic Conference play and helped Lenoir-Rhyne push their way to hosting a conference quarterfinal game, taking down Newberry 69-51. The Bears wrapped up their campaign at Furman in the conference semifinals where they fell to top-seeded Anderson, 77-65.

Founded in 2002, the North Carolina Collegiate Sports Information Association (NCCSIA) is comprised of sports information professionals from NCAA Division I, II, III, NAIA and independent institutions from the state of North Carolina. The purpose of the organization is to promote collegiate athletics at all schools. Membership is open to anyone affiliated with a college, university or conference located in North Carolina, and whose area of responsibility lies within sports information.