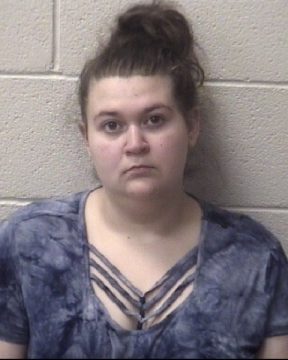 A Stony Point Woman is behind bars after violating terms of her pre-trial release. 19 year- old Sierra Brooke Goble was arrested by the Alexander County Sheriff’s Office and charged with felony assault with a deadly weapon with intent to kill and felony robbery with a dangerous weapon on May 20th 2018. This followed an incident on Smith Farm Road. A male was shot in the leg.

On Thursday, Goble was arrested by the Alexander County Sheriff’s for violating unspecified terms of her pre-trial release. She was placed in the County Detention Center under a secured bond of $250,000.