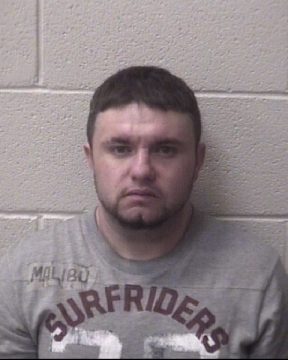 31-year old Brantly Lee Minton of Stony Point is being held in the Alexader County Detention Center after his arrest on Monday,

Minton was arrested by the Alexander County Sheriff’s Office and charged with possession with intent to manufacture/sell/deliver methamphetamine, possession of drug paraphernalia, and carrying a concealed weapon. Minton was also cited on a failure to appear charge. Bond was set at $16,500.