The following is a news release from the Iredell County Sheriff’s Office:

On Friday, March 22, 2019 a report was filed with the Iredell County Sheriff’s Office concerning a sexual assault involving a 14 year old female. The victim’s mother indicated the suspect, William Bulskis was living in the residence at the time of the assault.

The investigation was assigned to Detective Sgt. J. Lowrance with the Iredell County Sheriff’s Office Special Victim’s Unit. During the investigation, the victim was interviewed, and told about multiple times William Bulskis had sexual assaulted her between September 11, 2014 and September 8, 2017.

It was verified by investigators, William Bulskis had moved from New Jersey into the residence in December of 2013. During the course of the investigation Detective Sgt. J. Lowrance was able to interview several witnesses, and the suspect. 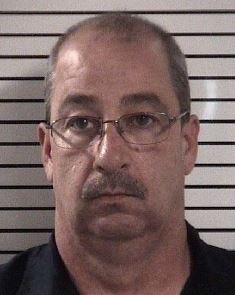 Based on evidence collected during this investigation, Detectives were able to obtain seven Felony Arrest Warrants for William Robert Bulskis, age 49 of Stony Point. Bulskis was arrested on April 15th.

Bulskis was charged with one Count of Felony Statutory Sex Offense with Child by Adult, and six counts of Felony Indecent Liberties with Child, he received a 500,000.00 dollars secure bond.