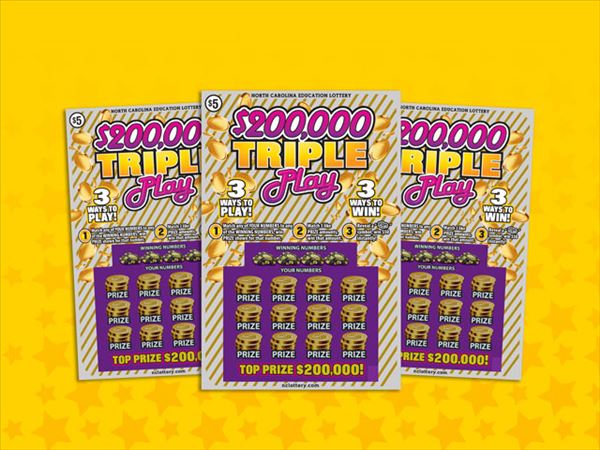 Latarsha Moss of Statesville has a reputation for being lucky, and that luck didn’t disappoint when she played the $200,000 Triple Play scratch-off game and won $200,000.

Moss stopped at the Circle K off North Main Street in Mooresville to buy her scratch-off ticket after work. “It still hasn’t hit me yet,” she said. “I’m grateful and I’m thankful for it. I need it because I wanna buy me a house! I’ve got five girls and five grandkids, so I’ll be helping my girls out.”

Moss claimed her prize at lottery headquarters in Raleigh on Monday. After state and federal tax withholdings, she took home $141,501.

The $5 game launched just last week and Moss is the first to win one of the four $200,000 top prizes. Three top prizes remain.

Ticket sales from scratch-off games make it possible for the lottery to raise more than $700 million per year for education. For details on how $10.1 million raised by the lottery made a difference in Iredell County last year, visit www.nclottery.com and click on the “Impact” section.