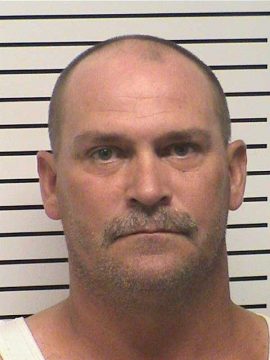 Iredell County Sheriff’s Deputies responded to Sister Drive in Stony Point in reference to a breaking and entering, and a larceny at a residence on May 26th.

The victim told the deputies, some neighbors had told her about someone having broken into a camper. The victim arrived at the location, and discovered a camper had been broken into and a television had been stolen.

During the course of the investigation, detectives learned the victim had allowed a family member, 45-year old Mark Wesley Wishon of Stony Point, to live at the residence rent-free while she lived in a camper behind the residence. The victim told detectives Wishon did not have access to the camper and did not have permission to be in the camper. After checking inside the residence where Wishon was allowed to stay, it was determined another television was also missing. The victim told detectives she confronted Wishon about the missing items, and he admitted to breaking into the camper and stealing the televisions and selling them.

On Thursday, May 28th, Wishon was arrested and taken to the Iredell County Detention Center where he was served with arrest warrants for; Felony Breaking and Entering, Felony Larceny, and Misdemeanor Larceny. He was issued a 25,000.00-dollar secure bond.