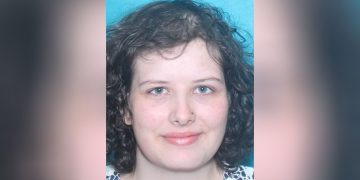 A Silver Alert was issued for a missing, endangered woman in Statesville Monday morning.

Officials say 23-year-old Katrina Kae French was last seen along Gregory Road in Statesville. French is believed to be suffering from dementia or some other cognitive impairment and there is concern for her safety.

French is described as being around 5′0″ and 130 pounds. She has green eyes and brown hair with blue streaks in her bangs, and was last seen wearing a black shirt and black yoga pants.

Anyone with information is asked to call the Statesville Police Department at 704-878-3406.