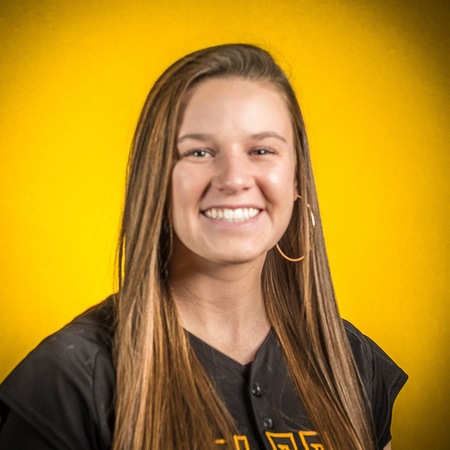 Sherrill, a senior shortstop from Hiddenite, North Carolina becomes the first Falcon in program’s short history within the USA South to be named Player of the Year in the sport of softball.

She currently has a .500 batting average, a league-best .586 on-base percentage and a USA South-leading 1.008 slugging percentage. Sherrill has broken the USA South single-season record for runs scored (74) and total bases (129) and has tied the mark for home runs (15) this spring. Additionally, she leads the league with 18 doubles and 49 stolen bases while sitting second with 56 RBI. For her efforts this season, Sherrill collects First Team All-Conference honors to go along with a First Team East Division accolade. Finally, Sherrill was named USA South Player of the Week twice this spring.

She currently owns every major offensive school record. Earlier this season she became the first player in program history to record 200 hits and score 200 runs.

To date, she is the NCAA All-Division career leader in runs scored (249) and stolen bases (206). Currently, she also stands at No. 2 on the career home runs list with 43 career round-trippers in Division III.

Her career stolen base total of 206 makes her the most prolific base stealer in all NCAA Divisions. She also currently sits atop the NCAA All-Division career runs scored list with 249.

Sherrill and the Falcons completed the 2019 season at 33-7 and await seeding for the 2019 ECAC Division III Championship. Pfeiffer is the defending ECAC champions.