It’s Social Media Day ! Some good, a lot of not so good. Like a lot of things, Use it Wisely and always think before you hit send !

1936: Margaret Mitchell’s book, “Gone with the Wind,” was published 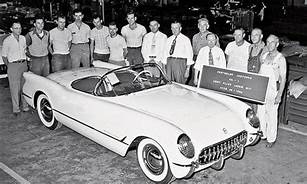 1958: Congress passed a law authorizing the admission of Alaska as the 49th state

1971: The 26th Amendment to the U.S. Constitution was ratified lowering the voting age to 18

1997: The United Kingdom transfers sovereignty over Hong Kong to China

Weather: Some Clouds, Some Sun, Some Humidity, maybe a Boomer, High 87 today. Sounds a lot like the last day of June

Sports: Brzykcy signs with Washington Nationals…Some Major League players starting to bail on the season…Less than a week from ACHS athletes being allowed to return to campus, will it happen ?

Sad that someone has died from COVID-19 in Alexander County. Let’s commit ourselves to it being the last

Had some of the best watermelon I’ve ever had on Monday, it saved the day

With the Fourth of July approaching, many will be doing what we do, have a party. It’s challenging in these crazy COVID times. Some thoughts on having a successful social distancing get-together https://www.newsmax.com/health/health-news/july-4-cookout-party-social-distancing/2020/06/29/id/974677/

Quote of the Day: “I’d much rather be a woman than a man. Women can cry, they can wear cute clothes, and they’re the first to be rescued off sinking ships”… Gilda Radner