CHAPEL HILL – The North Carolina High School Athletic Association is pleased to announce the recipients of the 2019-2020 Pat Gainey Student Award, providing scholarship support for two student-athletes with a focus on need-based applicants. This year’s recipients are Austin Bowling from Harnett Central High School and Colby Taylor from Swain County High School. Each recipient receives a $5,000 scholarship award and a commemorative plaque.

Austin Bowling – Harnett Central High School
Austin Bowling is a varsity women’s soccer player at Harnett Central High School. Bowling has been a member of the team all four years and was team captain in her junior and senior years. During her junior year, she was recognized as the team’s Most Valuable Player (MVP) and selected 1st Team All-Conference. Off the field, Austin is a member of a number of student organizations including the National High School Scholars, Senior Beta Club, and Future Business Leaders of America. She is also a student aide and a peer tutor. During her time away from school, Bowling is very active in her church participating in a number of volunteer activities. 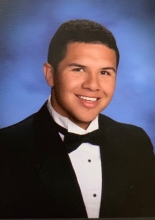 Colby Taylor – Swain County High School
Colby Taylor is a three-sport athlete in football, basketball, and baseball at Swain County High School. As a baseball player, Taylor made the All-Conference team and he received an All-WNC Honorable Mention recognition. He was also recognized as an NCHSAA Scholar-Athlete in both football and baseball. Off the field, Colby is a member of the STEM Club, a representative for the Junaluska Leadership Council, student body vice president at Swain, and interned with the Tribal Employment Rights’ Office. He plans to study political science this fall.

ABOUT THE PAT GAINEY STUDENT AWARD 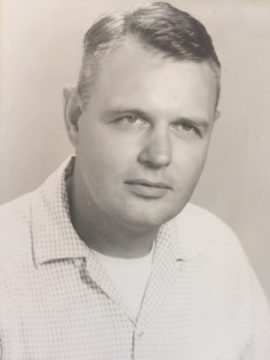 The Pat Gainey Student Award is given annually by the NCHSAA through a private donation from Pat Gainey’s daughter, Berry Jo Gainey Shoen. The Gainey Student-Athlete Scholarship Award was established to recognize “Athletic Achievement and Strength of Character.” A scholarship is presented annually to a senior female athlete and a senior, Male baseball player attending NCHSAA member high schools located within counties of limited financial resources.
Pat Gainey was a native of Dunn, N.C. and a phenomenal women’s basketball coach in several different coaching stops during his career. His teams compiled an incredible 93-6 record during his time as the women’s basketball coach at Pamlico where he also fielded outstanding baseball teams. He then moved to Taylorsville where he coached from 1955 to 1964. His women’s basketball teams collectively won five Western North Carolina High School Activities Association titles and at one point recorded 54 consecutive wins and 140 straight conference victories. His overall women’s basketball career mark was 358-57.
Under Gainey’s tutelage, the Pamlico baseball teams captured 4 Seashore Conference Championships and compiled an overall record of 67-7 including 24 straight conference wins.  Pat Gainey always had a great knowledge of baseball and spent the summer months scouting professional baseball prospects.  Pat scouted a combined 18 years for the New York Giants and Chicago White Sox.