Murder charges have been filed against a former Alexander Correctional Institute inmate.

On October 31, 2019 and inmate was stabbed to death following an altercation . A homemade weapon was used around 10pm in a housing unit. 33-year old Christopher J Parker was stabbed and transported to an area hospital where he was pronounced dead shortly before midnight. 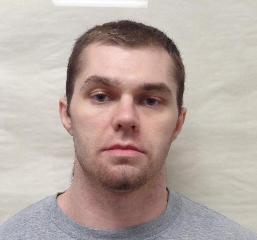 The Alexander County Sheriff’s Office and the North Carolina Department of Corrections conducted an investigation. On Thursday, inmate Timothy James Carver, age 30, appeared before a judge in Alexander County Superior Court to face a charge of first-degree murder. He was assigned Taylorsville attorney Robert Campbell as temporary counsel.

Since the stabbing incident, Carver has been transferred to the Polk Correctional Institute in Butner. Carver was sentenced to 7 years and 10 months in 2017 for habitual breaking and entering in Rutherford County.