For almost three and one-half quarters, Alexander Central’s football team was pretty special last Friday night. You should know by now what transpired in the final minutes of the game.

The Cougars fell in Morganton to Freedom 46-42 in a game that will talked about (especially in Morganton) for years to come. The comeback aided by the recovery of two on-side kicks was nothing short of epic for the winning Patriots, something quite less than that for the Blue and Gold.

Despite how the contest ended, Alexander Central had some standout performances. 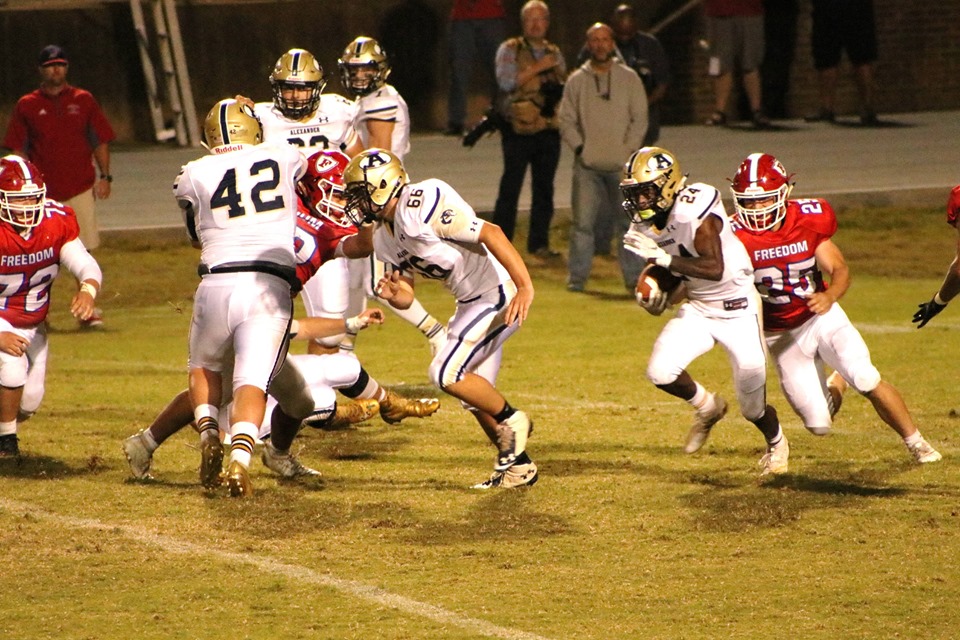 The Taylorsville Savings Bank-B86 Radio Cougar of the week is senior A.J. Miller. Miller rushed for 85 yards on just 10 carries and a touchdown. He added another score on a jet sweep covering 42 yards. Miller also added 6 tackles from his safety position including a pair of stops for loss.

Miller will receive his award prior to the kickoff of Friday game against McDowell.