A man who was shot by a Wilkes Sheriff’s Office deputy Friday afternoon is in stable condition at Wake Forest University Baptist Medical Center in Winston-Salem. 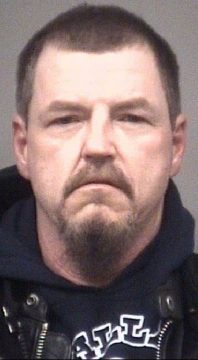 The shooting victim was identified as Lee Edward Kilby, 52. He had surgery Saturday.
A press release says that after a narcotics investigation, deputies secured a search warrant for Kilby’s residence on Sparta Road in the Mulberry community.

Deputies were attempting to execute the search warrant on Friday when Kilby ran and was pursued by the deputies. Officers identified themselves and ordered Kilby to stop during the foot chase, but Kilby ran into a detached garage behind the residence. Deputies pursued Kilby into the garage. The release says Kilby was ordered to show his hands and after several commands, Kilby raised a handgun and pointed it at a deputy. The deputy then shot Kilby.

Chief Deputy David Carson said deputies didn’t know Kilby was armed until that point. He said Kilby was shot in the upper body and that other deputies witnessed the incident. Officers provided medical care for Kilby on the scene. Wilkes Emergency Medical Services and Mulberry-Fairplains Fire Department responded . Kilby was transported by helicopter to WFU Barptist Medical Center.

Methamphetamine and drug paraphernalia were seized at the residence. Charges are pending against Kilby as the investigation continues.

In accordance with Wilkes Sheriff’s Office policy for officer-involved shootings, the State Bureau of Investigation was contacted to investigate the incident. Also in accordance with sheriff’s office policy, the deputy who shot Kilby was placed on administrative leave.