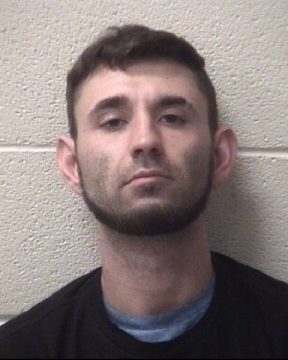 The Alexander County Sheriff’s Office arrested a man on Tuesday on a long list of charges, but not before a brief foot-chase.

Deputies went to a residence off Millersville Road in reference to a suspect identified as 24 year old Tyler James Angel. Angel has multiple addresses listed in Alexander and Catawba Counties. Angel fled the home but was quickly taken into custody. Both Taylorsville Police and the Sheriff’s Office consider Angel as a suspect in multiple break-ins in both Alexander and Catawba Counties.

Angel is charged with offenses that include multiple counts of felony breaking and entering a motor vehicle, felony obtaining property by false pretense, and an assortment of larceny charges. Angel is being held in the Alexander County Detention Center under a secured bond of $300,000 with additional charges expected. A court date of Monday, April 20th is scheduled in Taylorsville.