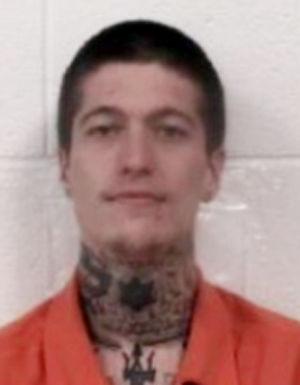 A man who was arrested at a Morganton hotel in April will spend 15 years in federal prison.
Russell Monroe Dunn Jr., 25, of Lenoir, has been sentenced to 188 months in prison and five years of supervised release for conspiracy to distribute and to possess with intent to distribute methamphetamine.
In April, Morganton Department of Public Safety arrested Dunn after responding to a call at the Comfort Inn on Burkemont Avenue in Morganton. Law enforcement recovered five firearms, ammunition, body armor, two kilograms of methamphetamine, and more than $18,000 in cash from Dunn’s hotel room. Dunn has 17 prior felony convictions, including a conviction for assault with a deadly weapon on a government official; fleeing to elude arrest; possession with intent to sell a controlled substance; and breaking and entering a place of worship.
Court records show that Dunn’s mother and co-defendant, Carol Dunn, also was a member of the drug trafficking ring. Carol Dunn has pleaded guilty to a drug conspiracy charge and is currently awaiting sentencing, according to the release.