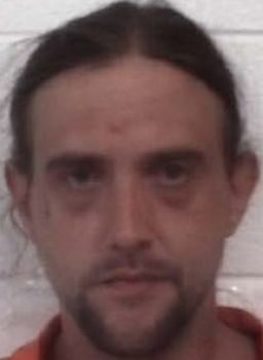 A Granite Falls man was sentenced to prison on Thursday in Caldwell County Superior Court. 39-year-old Michael Vincent Osborne will serve 27 to 33 years after entering guilty plea to second-degree murder.

Osborne admitted shooting and killing Edgar Rigobert Mendoza Picazo at a Granite Falls residence. Osborne had previously loaned money to Picazo. Osborne went to collect the money and a confrontation ensued. Osborne shot the victim in the chest with a handgun at a distance of less than 2 feet and fled the scene. An autopsy report confirmed Picazo died from major internal trauma caused by the gunshot wound to his chest.

Osborne also pleaded guilty to May 2017 charges of felony flee to elude arrest and driving while impaired, and February 2018 charges of possession of methamphetamine and possession of firearm by a felon. Osborne spent most of 2017 in medical facilities completing physical rehabilitation from injuries sustained when he crashed while being pursued by law enforcement.