A Vale man will serve 10 to 13 years in prison after his conviction on two counts of assault with a deadly weapon with intent to kill, possession of firearm by a felon and admission of his armed habitual felon status. 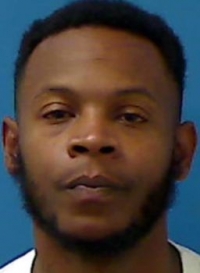 27-year-old Tykevious Owan Thomas pleaded guilty to the charges on Tuesday in Catawba County Superior Court. Thomas has a prior conviction for Discharging a Weapon into an Occupied Dwelling/Moving Vehicle in November 2010. The most recent conviction stems from a July 23, 2018, incident when officers from Hickory Police Department responded to a report of shots fired. The victims were in a parking lot when Thomas and a co-defendant drove by. They stopped, got out of the vehicle, and Thomas started shooting at the two men.

When he was located and captured with the firearm in his possession two days later, Thomas told investigators he felt threatened by the men, so he shot at them.