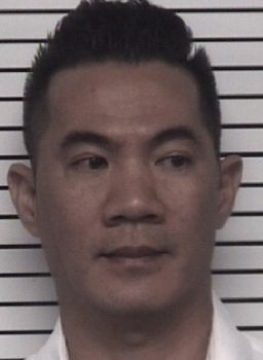 43-year-old Vinh Phu Huynh of Antioch, Tennessee was arrested by the Iredell County Sheriff’s Office on Tuesday and charged with felony counts of trafficking marijuana by possession & transportation, possession with intent to sell or deliver marijuana, and maintaining a vehicle for controlled substance, plus one misdemeanor count of possession of marijuana paraphernalia.

An Iredell County Deputy stopped a vehicle with Georgia plates for traffic violations on Interstate 77. Deputies spoke with the vehicle’s sole occupant, Vinh Phu Huynh, who said he was traveling from Atlanta to West Virginia.

Deputies noticed inconsistencies in his story and called in K-9 Officer Bosco to assist. Bosco alerted to the presence of illegal narcotics in the vehicle. Deputies searched the vehicle and found 25-vacuumed sealed bags of high-grade marijuana in the trunk. The marijuana weighed approximately 28 pounds with an estimated street value of more than $200,000.
Huynh was taken into custody without incident and jailed in the Iredell Co. Detention Center under a $100,000 secured bond. He’ll appear in District Court today.