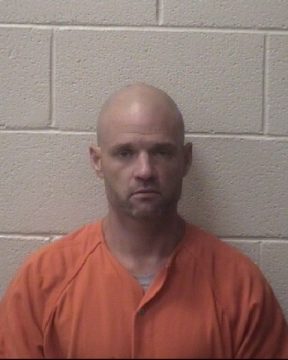 On Wednesday at approximately 3:00 PM, Ian Howell Mauck age 37 of Conover, was arrested by Alexander County Sheriff’s Office detectives, along with Hickory Police Department and Catawba County DPS officers on Catawba Blvd in Hickory. Mauck was arrested in connection with nine vehicles being broken into in the Bethlehem Community of Alexander County, which occurred Sunday night, July 7, 2019 into the early morning hours of Monday, July 8, 2019. The majority of the vehicles that were broken into were left unlocked at the time of the larceny, with items visible inside that were stolen. There are also pending charges on Mauck in multiple jurisdictions.

The investigation is continuing with more charges forthcoming. Mauck was transported to the Alexander County Detention Center. He has been charged with nine counts of Felony Breaking & Entering a Motor Vehicle, nine counts of Larceny after Breaking & Entering a Motor Vehicle, and four counts of Felony Probation Violation from Catawba County. He is being held under a $220,000 secured bond with a first appearance date scheduled for Monday, July 15, 2019 in Alexander County District Court.