The following is a news release from the Alexander County Sheriff’s Office: 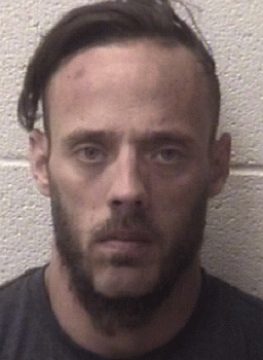 On Sunday, April 21, 2019, officers with the Alexander County Sheriff’s Office North Carolina Highway Patrol responded to a motor vehicle accident located on Highway 127 at Telephone Exchange Road in the Bethlehem community. Officers arrived on scene and found Micheal Kennedy age 33 of Hickory in the driver’s seat of the vehicle. Kennedy refused to show his hands to officers and stated that he had hand grenades and an AK-47 when officers asked if he had any weapons on him. Kennedy was given multiple commands to step out of the vehicle. He refused to do so. Officers had to physically remove Kennedy from the vehicle. Kennedy continued to resist the officers. He was placed under arrest and transported to the Alexander County Detention Center.